KSI, Miniminter, Zerkaa, and Vikkstar123 were the four Sidemen who resided in the house since they first moved in. Various other people (such as Randolph, Lewis Redman, Jordz, etc.) have lived in the house on a temporary basis.

Vik left the house in November 2018 (after nearly five years of living with the other three) to move into his own space. In January 2019, Josh too left the house and moved into a new house he had bought with his girlfriend Freya. Finally, Simon acquired a flat with JJ in January and moved in. JJ lived on his own in the house until March 2019 when he finally moved in with Simon.

Unlike the first house, this one is not in an open, suburban area. It is situated on a private estate (along with other multi-million pound mansions) with 24-hour security - a factor they undoubtedly considered when choosing a new house.

According to Rightmove, the land (with a different house on it) was purchased around 20 years ago and the new house was constructed between 2008 and 2013. It has a pool complex and sauna, 6 en-suite bedrooms as well as a cinema, gym and beauty salon (which Josh instead used as the recording area for his Homegrown Podcast series). KSI's bedroom also has its own lift/elevator. 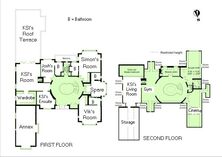 Simon, Vik and Josh in the centre of the house.

Glimpse of the gym and top floor landing. 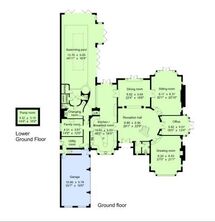 Plan of the ground floor.

Simon and Manny on the landing.

Simon in his bedroom.
Add a photo to this gallery

More of the interior of the Sidemen House can be seen in the following videos. 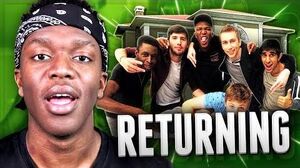 Returning to the Sidemen House 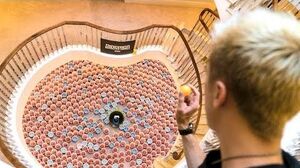 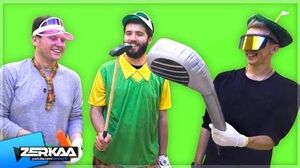 SIDEMEN HOUSE MINIGOLF
Add a photo to this gallery

Retrieved from "https://theultimatesidemen.fandom.com/wiki/Sidemen_House?oldid=36671"
Community content is available under CC-BY-SA unless otherwise noted.