Daniel made a Playground Insult Match video with KSI & Deji insulting each other. When Daniel got attacked by PewDiePie, Markiplier & Matthew Santoro, KSI made a video protecting Daniel. In February 2017, Keemstar did an interview with KSI on his channel when KSI announced he would be taking a hiatus from YouTube.

He also participated in the 2018 Charity Football Match as an interntional player. 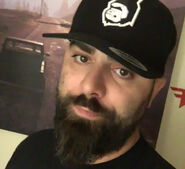 Retrieved from "https://theultimatesidemen.fandom.com/wiki/DramaAlert?oldid=36335"
Community content is available under CC-BY-SA unless otherwise noted.